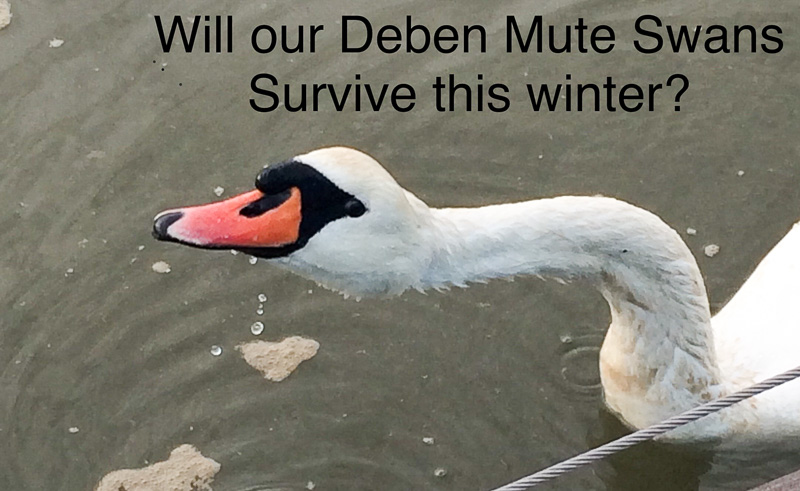 It was unusual to see a dead Great Cormorant trapped between the pontoons in a marina, at low tide, on the River Deben. I have also seen a Mute Swan in similar circumstances a couple of weeks ago. It may be that both birds succumbed to Avian Influenza or they may have died of natural causes. The UK is experiencing a large outbreak, the largest recorded outbreak of highly pathogenic avian influenza which is affecting wild birds, poultry and captive birds1. Avian Influenza is a highly contagious disease in animals and birds stemming from influenza A viruses2. A very small amount of Avian Influenza virus strains can result in a high amount of fatalities in flocks of domestic poultry. Such strains are referred to as Highly Pathogenic Avian Influenza (HPAI).

By 2005, the H5NI strain had led to the death of over 150,000,000 domestic poultry globally, this arose through infections and efforts to prevent its spread. The disease spreads rapidly through domestic and wild birds, particularly through contact with infected faeces, saliva, water, mucous3 and contaminated material4. Symptoms of the disease may consist of low breeding productivity, digestive issues, difficulty breathing and death. Britain, together with Ireland has over a quarter of Europe’s total breeding seabirds, including Northern Gannets, Great Skuas and half the world’s population of Manx Shearwaters. Vast numbers of these seabirds are believed to have died as a result of the disease5. These seabirds are also threatened by climate change and the placement of offshore wind turbines, which incidentally are designed to lower the impact of climate change6.

In the UK, the latest outbreak of Avian Influenza in wild birds commenced in October 2021, when a wild bird was found to have the disease7. In the winter of 2021/22 the British media reported the news that an estimated 16,000 Barnacle Geese who had flown from the Svalbard breeding ground, situated in between the North Pole and the Norwegian archipelago, died on the Solway Firth on the border between Scotland and England.

Previous outbreaks of the disease impacted negatively on our wintering waterfowl such as ducks and geese, and decreased when wintering flocks returned to their breeding grounds abroad8. However, the current outbreak of the H5N1 strain is still prevalent and it is more infectious than previous strains of the virus9. Infections have continued past the winter period, and more infected wild birds were identified during the summer of 202210. Even more seabirds have been affected, including Arctic, Sandwich and Common Terns, Black-headed Gulls, and Guillemots.  The disease has spread considerably within our large colonies of nesting seabirds. Consequently, the disease is causing unprecedented rates of mortality in seabirds including their chicks.

Scientists are unclear as to the reasons for the rapid spread of the disease11. The UK government has put forward two theories as to why the disease has been spreading swiftly and is continuing since the start of the current outbreak in October 2021. The first is that, ‘genetic mutations have increased the virus’s ability to replicate’12 and spread efficiently unlike previous virus strains. The second asserted by animal welfare groups, is that, ‘dense stocking of poultry leaves flocks open’13 to the rapid spread of the disease following the first infection.

We are not likely to see seabirds along the River Deben, however our wintering waterbirds are at risk from Avian Influenza since they are equally as vulnerable to the disease, as shown by the death of Barnacle Geese in the Solway Firth. Ireland and Britain support large populations of wintering wildfowl and their migration routes across Europe and beyond, form a part of a flyway that connects many different populations of birds and their breeding grounds14.

The government has conducted research on the total number of wild birds testing positive of Avian Influenza in their ‘Report on weekly findings of highly pathogenic Avian Influenza (bird flu) in wild birds in Great Britain’15. Their weekly findings for Suffolk as a whole, in 2022, is quite surprising since it has demonstrated the range of the spread of the disease in wild birds and shows that the disease is clearly not just associated with seabirds and wildfowl. Birds of prey including Buzzards and Golden Eagles and game birds have also succumbed to the disease. During 2022, to the current date, in our area of East Suffolk and the River Deben, mortalities included Common Tern, Sandwich Tern, Pheasant and Barnacle Goose. In the rest of Suffolk mortalities consisted of Red-legged Partridge, Crow, Pheasant, Rock Dove, Canada Goose and two Common Buzzards. The UK government has reported that at least 60 species of wild birds have been infected with the disease, since the outbreak started in 202116. Incidentally, the UK government has scheduled a debate in Westminster Hall on 30 November 2022 about the outbreak of Avian Influenza17.

There is positive work being carried out by various organisations, such as Natural England and the British Trust for Ornithology (BTO) who are both advising Defra about the current situation18. Natural England is monitoring the situation, assessing the risks to birds, providing guidance and managing public access to land. Natural England run several National Nature Reserves (NNR), such as the Lindisfarne NNR where the birds are monitored and carcasses are removed to reduce the spread of infection. Similarly, the BTO is making vulnerability assessments to identify those species of birds at most risk from the disease19. Information generated from these assessments will inform conservation responses to the outbreak and indicate the species that resources should support. Additionally, the Wetland Bird Survey (WeBS)20 will continue to undertake surveys of species of main estuaries, one of which is the Deben Estuary and wetlands.  However, they will now record bird mortalities of waterbirds to further inform planning and conservation of species most at risk to the disease.

Walkers and birdwatchers can help with the identification of the disease by being alert to unusual signs of sickness or mortality in wild birds near or on the River Deben. Of course, not all birds die of Avian Influenza. Defra has appealed to the public to ring their helpline if unusual avian mortality is seen in Great Britain. Individuals are asked to call the helpline, if there is:

Sally Westwood is a Psychologist, and works as a researcher. She has taught in higher education as an English Language teacher. Her interests are varied. She has written many articles for Bird Magazines and Journals. She is also a professional bird photographer. Birds are her passion. She loves to draw and paint birds. She lives on a boat on the Deben and loves to sit and be with the birds, simply watching and photographing birds, in their daily activities.

6 BTO, (2022). What is avian influenza? Available from: https://www.bto.org/understanding-birds/avian-influenza [Retrieved 21 November 2022].