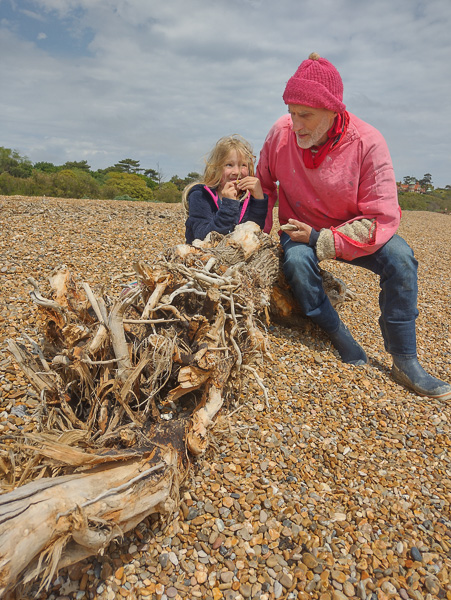 It was June 4th the Saturday of the Platinum Jubilee Central Weekend – a bright but extremely blowy day on the River.  My brother and I had hoped to take his seven year old daughter out to sea on Peter Duck but it would have been her first time and we didn’t want to put her off. So, while we waiting to go ashore and join the Felixstowe Ferry Sailing Club celebrations we went for a walk to Bawdsey beach. We followed the path from the dinghy park, behind the bushes and through the dry, shrubby area where rabbits nibble and wild flowers spread.

My niece Louisa is from Berlin. Once we began to look around us and notice the tiny flowers under our feet as well as the more obvious bushes I wanted to be able to tell her their names. But I couldn’t. Not with confidence.

So I took a series of photos and then asked Journal readers if they could help with identification, which they did.

I’d like to thank the people who have helped with this project. Several people made individual suggestions but particular gratitude is due to Peter Jones, Sue Ryder Richardson, Susan Stone (via Penny Thomas) and Annabel Thorogood who worked their way through the list offering a complete set of identifications. There were a few occasions when these differed or people were unsure but these were almost always due to the quality of the photo – or lack of it. If we do anything like this again I shall be more aware of the need to show scale and also try for better clarity in my photos.

The list reproduced here came from Susan Stone, a botanist who works for the Suffolk Wildlife Trust. I’m very grateful to her for getting involved and for including the Latin names.

Richard Verrill offered the helpful recommendation of a phone app called PlantNet. It’s free and Richard says it appears to be very accurate.

Peter Jones suggested the Collins Complete Guide to British Coastal Wildlife, ISBN 978-0-00-741385-0 which can be used in conjunction with Collins Pocket Guide to Wild Flowers.

I hope we may do similar projects in the future, probably at a different time of year and in a different type of location. I would welcome readers thoughts on this.

My email address is magazine@riverdeben.org 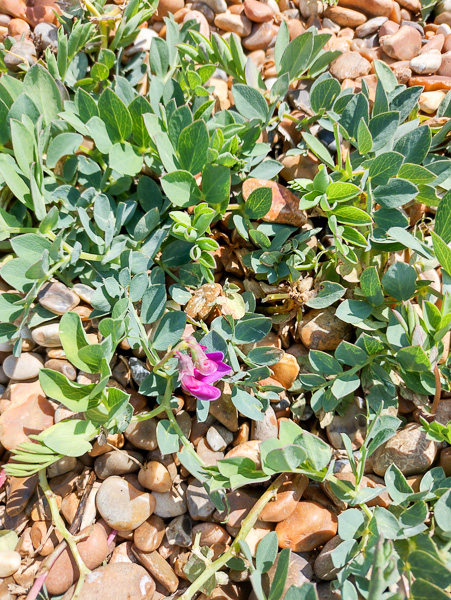 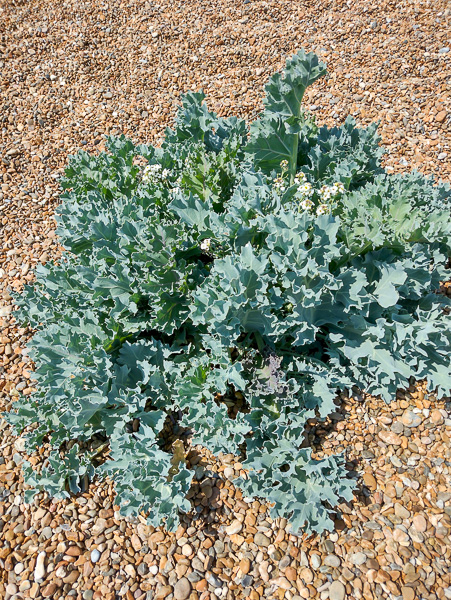 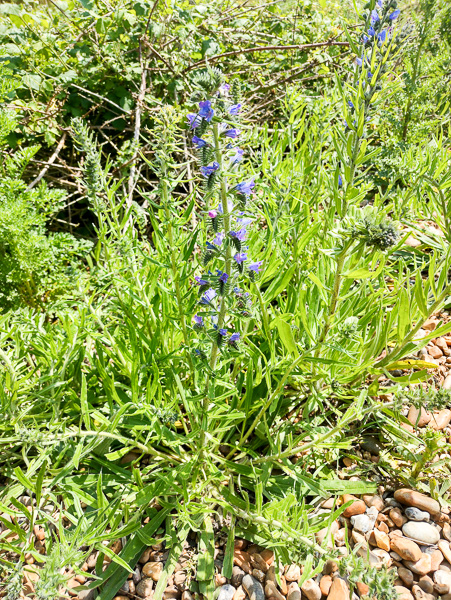 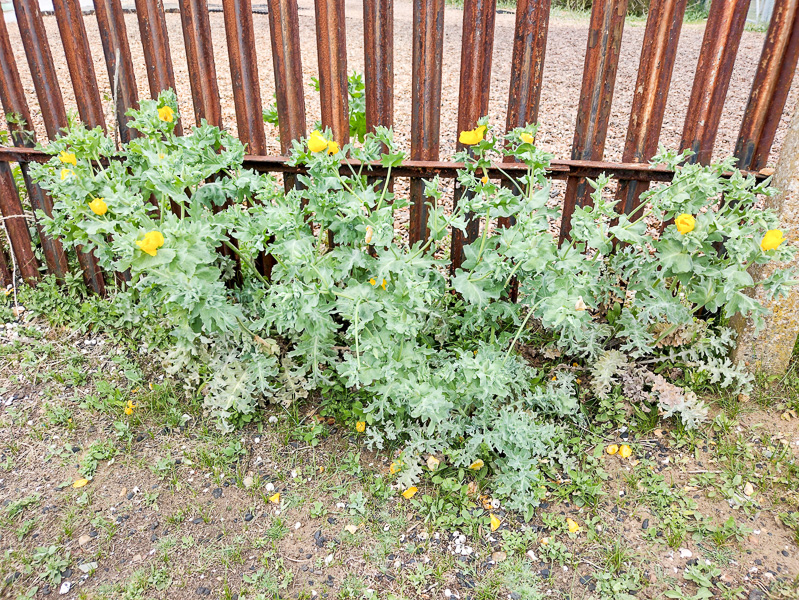 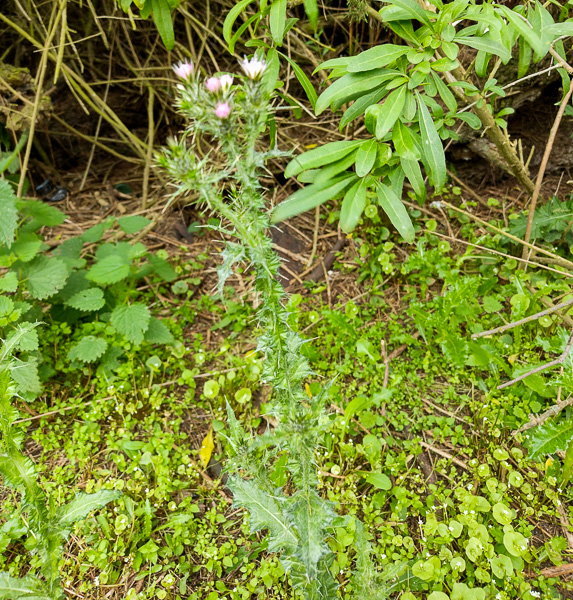 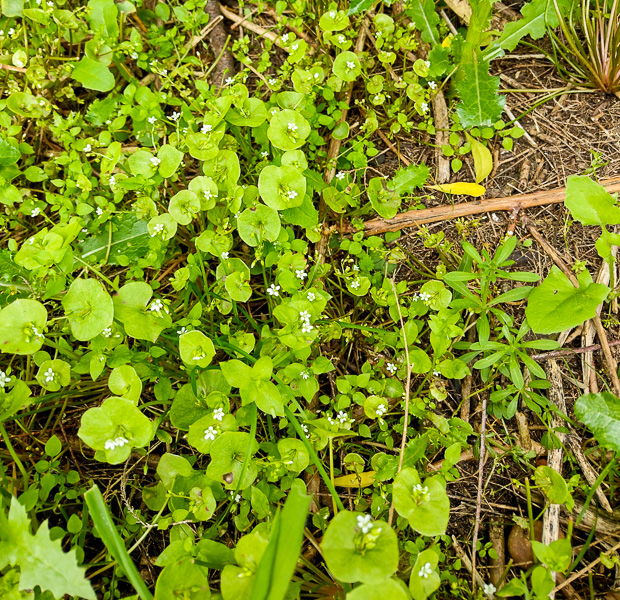 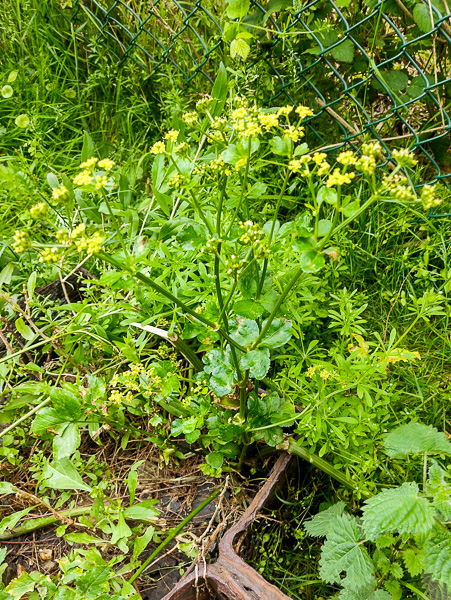 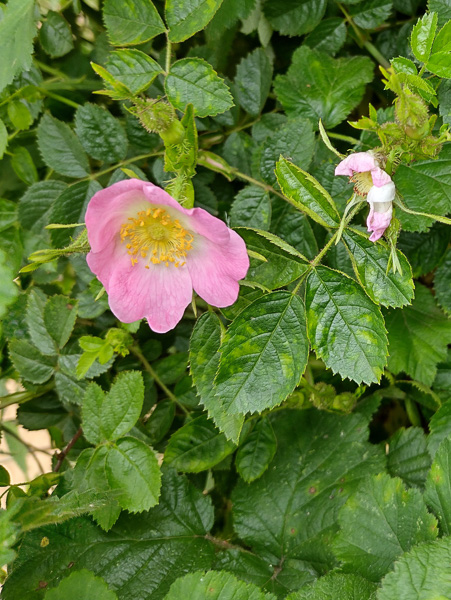 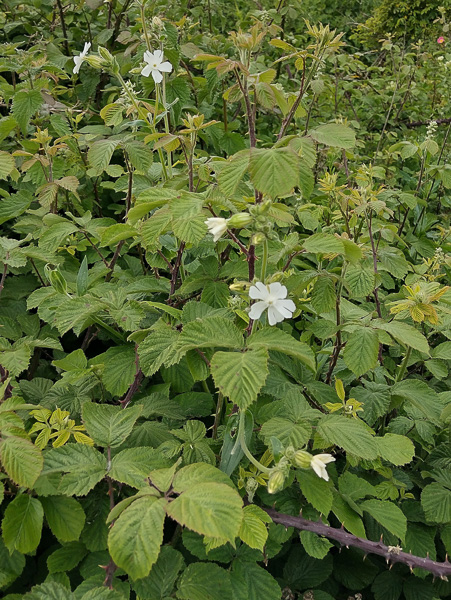 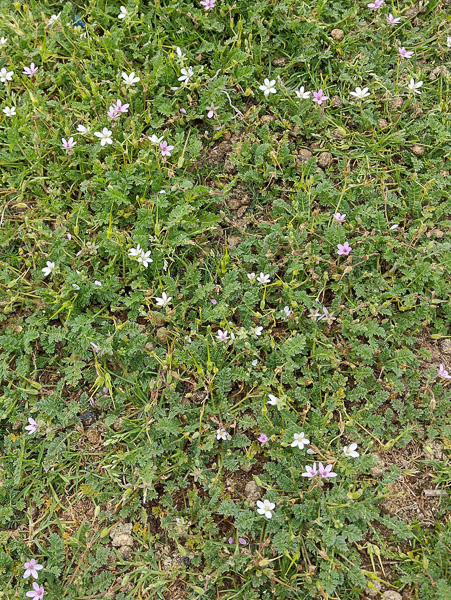 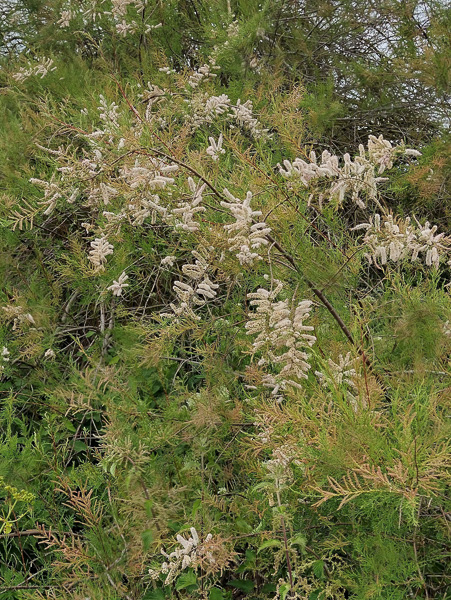 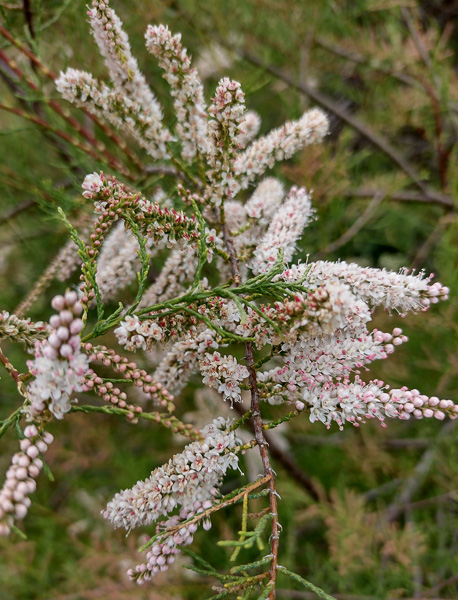 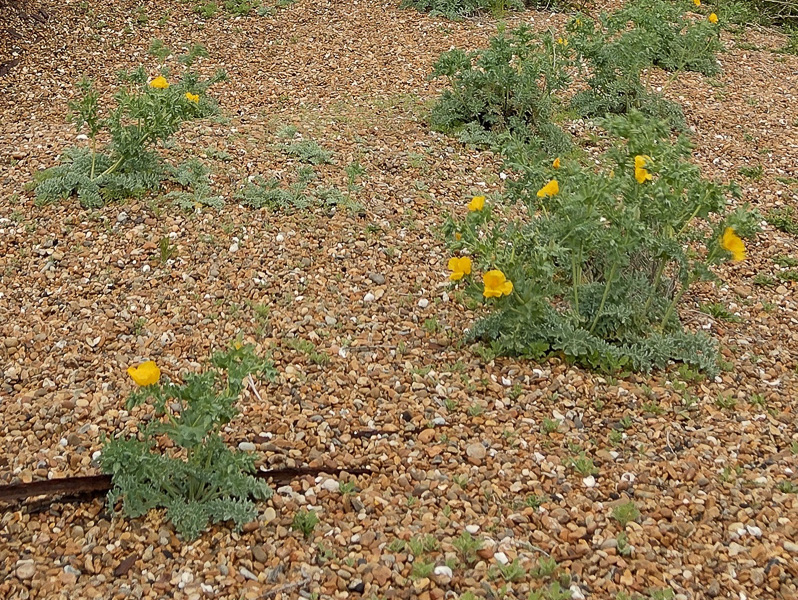 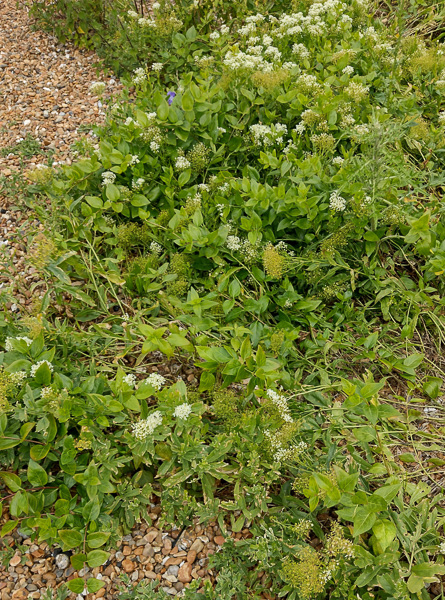 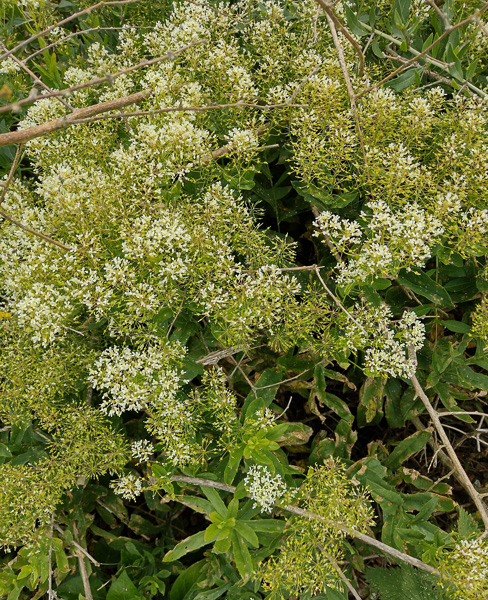 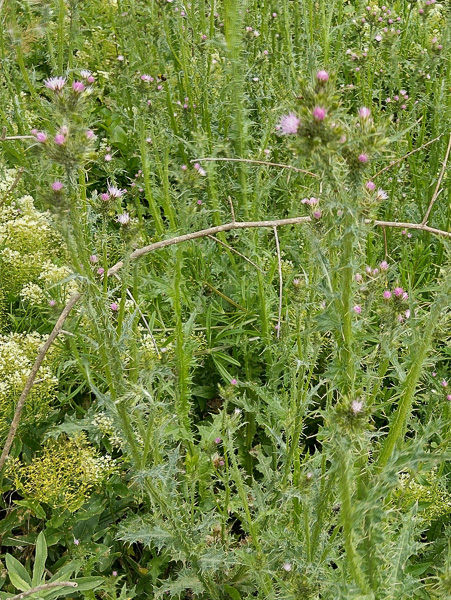 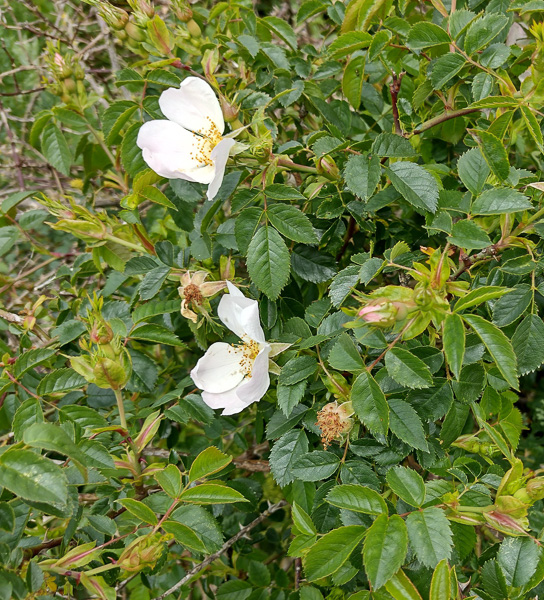 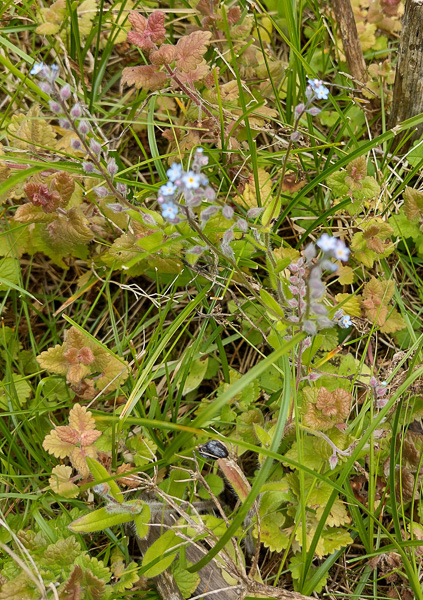 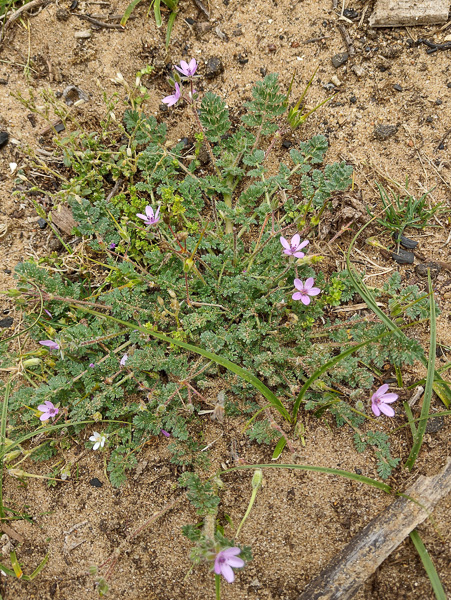 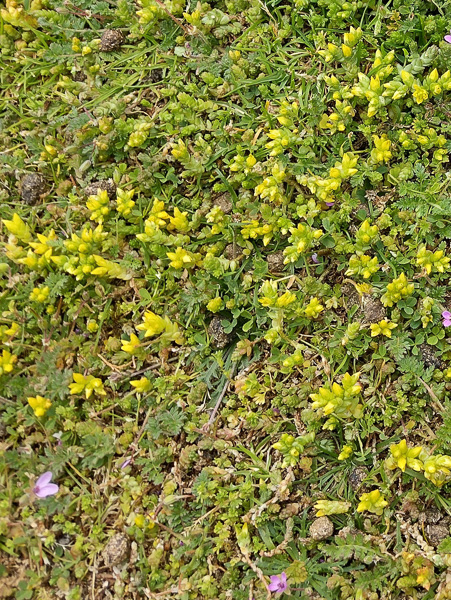