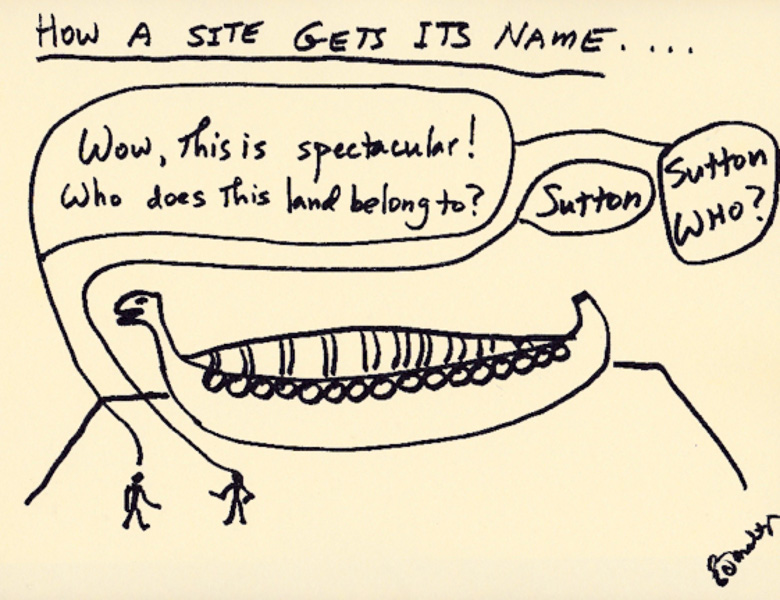 It was a foul day as Hrotgut made his way along the river to Aeverson’s workshop. He supposed that he couldn’t expect much better in mid October, but it was a hard easterly, known as a lazy wind because it couldn’t be bothered to go around you, but went instead straight through. It drove spiky raindrops into his face and every crevice of his clothing. All in all he couldn’t help thinking that it was pretty inconsiderate of King Raedwald to go and die in the early winter.

Even worse was the decision of the elders to give the man a full state funeral including horses, ships, armour and God knows what else, the whole thing to be held within a couple of weeks before the years end on 31st while there was still surplus livestock for the feast. And Hrotgut had been told to organise it, probably as some sort of punishment because the top of the King’s sword handle had parted company with the rest of it at a critical moment in the heat of battle. How was Hrotgut to know that the new fancy sword top in gold would make the tang go rusty and weak?  Besides, giving Raedwald the excuse to run away had probably saved his life – but some people had taken a less charitable view of the whole episode. Anyway Raedwald was dead now.

Two weeks? Well, getting hold of some armour and treasure was straightforward, and he knew the stable lad well enough to get a horse. He could do all that in the relative comfort of the palace compound. But a ship? That really was something else.

Asking around, it seemed that his best bet would be to go and find Aeverson – the best shipwright on the river – to see if he could knock something up which would look OK for the burial.

And so he trudged along the river until Aeverson’s yard came into view. Even by the standards of the day it was pretty ramshackle. You had to wonder if it was a good advertisement for folk who purported to build seaworthy boats. Nevertheless, the lights were on and as he bashed on the door Hrotgut hoped that there might be some warm drink on the stove. 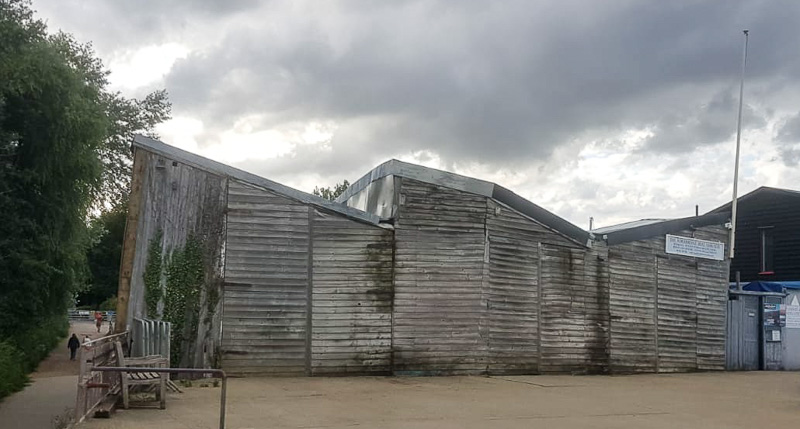 A voice answered from within with that traditional cheery welcome beloved of shipwrights across the ages. “Go away, I’m busy.**”

“I come on the King’s business, and it’s urgent and I’m freezing.”

“King’s business? He’s dead so he can’t have any business, can he? Go away.”

“It’s because he’s dead that I’m on his business. We need a ship to bury him, and it’s happening in a fortnight. And I’m still bloody freezing – open the door you unpleasant person.”

“A ship in a fortnight? You having a laugh?”

The door creaked open, just enough for Hrotgut to squeeze through into the warm. Aeverson was a fine figure of a man, though with the occupational injuries usual in his trade. Half his right foot was missing (“well you’ve got to keep the adze sharp”), as were the top half of his thumb and first finger of his left hand (“….and the axe”). As with many of this occupation he hadn’t started out overburdened with humour and optimism, and his afflictions (including a particularly feisty wife) hadn’t improved the mood any. But money spoke.

“How big has this ship got to be, then? And lay off my bloody mead.”

“Well the elders wanted about 100 foot, but they also want it to be hauled up the hill to the other burial mounds, so I reckon we could get away with something a bit smaller and lighter. I’ve already been to see Aendyseed but he hasn’t any used ones. Well he did have one described as a project, but that was just too far gone. Have you got anything at all – maybe even something in build?”

Aeverson furrowed his brow and sucked what remained of his teeth after that altercation with Hrammer the smith. It was something to do with the quality of the iron in the nails he was supplying. Silence ensued for a while, but then a lightening of the doom-laden face.

“Tell you what might work. Do you remember that 70 footer we built? That outsider Uffa was full of bright ideas. He reckoned that if we thinned it down a bit and got rid of a strake it would row really easily, but still be able to carry sail. Well we tried it out and it was too narrow for the oarsmen to sit comfortably, and was hopeless under sail. The washerwoman said she’d never seen such underwear after that trip. But it is light. That could do. It’s out in the yard at the moment – I reckon it would last one trip without breaking. What do you reckon?”

“Sounds good – could you use the thwarts to make a shed of sorts to put all the bits in, plus the King, of course?”

“Sounds like a plan – could you do that for the end of next week?”

“OK. 22 if I can get the mast step out to use in another boat. I could make it look like it never had one. By the way, that horse won’t fit.”

“Deal. I’ll see if we can skip the horse – maybe just a fancy harness would do.”

Hrotgut left the shed to head back home. Despite the weather he felt a good deal better having secured not only a ship but also a place to get rid of that wretched sword. He had never bothered to stick the top back on, but no-one would ever notice now. 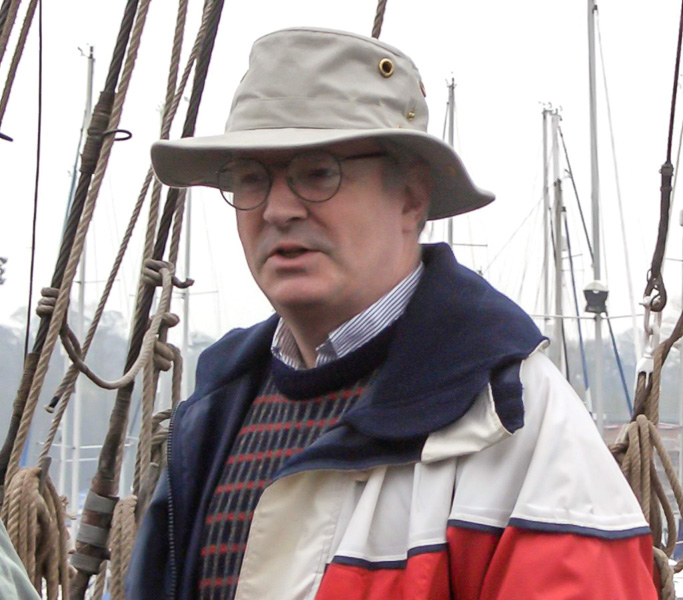 Moray McPhail is the membership secretary for the River Deben Association and is also the Maritime Woodbridge organiser. To learn more about his facinating career as a naval architect, engineer, designer  and marine businessman please visit his website https://moraymacphail.com/about/