Murder on the Deben by Peter Wain

The Deben is such a peaceful river but its tranquility masks deeds of theft and even murder on its banks.

On Thursday the 20th December 1352, in Bawdsey, Robert Fille, aged 32, and William Crey had an argument[1]. It seems that this argument took place at one o’clock in the morning and it may be that both men had been drinking.  It seems they were arguing over two ‘botewond’.

Sadly, despite considerable investigation it has not been possible to determine what a botewond is. The word may refer to ‘oars’ but any thoughts from readers would be welcome. 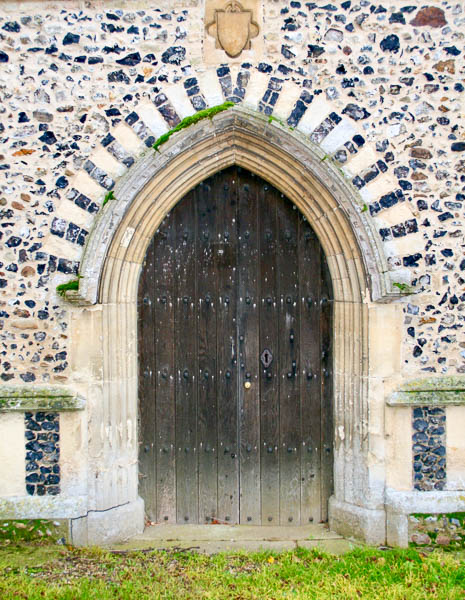 The argument became heated and Robert took out a knife and went for William. William did the sensible thing and ran away as far as his boat at a place in the village called Le Wose, probably a place where boats were pulled up on the mud.  His next actions were not so sensible for he took an ash staff and went back and confronted Robert.  A fight ensued and William hit Robert on the left side of his head with the staff causing him to fall to the ground senseless. It may be that William then ran away because the later Inquest decided that Robert “was found dead and killed”

Robert was not dead and was taken to his house where he was tended by his wife, Margaret, but to no avail.  At Compline (7pm) later that day Robert died.

On Sunday, the 23rd of December, an inquest was held before Richard of Martlesham, the King’s Coroner in Suffolk, and twelve jurors. Although holding an important post, little is known of Richard of Martlesham.  His name appears occasionally in records of the time acting either as King’s Coroner or as a witness to property transactions.  It is however recorded that in 1354 he was appointed to the lucrative post of Controller of Customs of Wools in the port of Goseford “provided that he write his rolls with his own hand and be continually resident”. This entry is a reminder that this village on the Deben was, once upon a time, important for the export of wool almost certainly to Flanders and the Low Countries.

Having listened to the witnesses, Simon Aldred, Roger Hendry and Alexander Smith, the jurors found that William had caused the death of Robert. The records are silent on what became of William Crey but he was a local man of Bawdsey and he may not have escaped completely and thus gone on to dance at the Melton gibbet.  If that was the case he was not as fortunate as John Somer of Kent.

A new life in Europe

On  Monday the 22nd June 1355 John Somer of Kent stole woollen and linen cloths he said was valued at six shillings and eight pence (about £200 in current money) from the servant of John Damon, a man called Eustace. This happened in the village of Sternfield[2]. He was caught soon after still in possession of the stolen goods and put in the gaol at Melton. On the 28th June 1356 (about a year later) together with two others, John broke out of the prison.  He made it as far as Ufford where later on the same day he sought sanctuary in the church.

In Medieval times any criminal could go to a church or monastery and claim protection from the law and, if he/she did so, the authorities could not reach him.  This was based on the idea that no force could be used on the holy ground and was a concept that originated before the Norman Conquest.

A criminal who sought sanctuary had to confess his crime, surrender any arms and swear to obey the rules of the religious place which he entered.  Then he was safe for forty days. At the end of that period he had to either surrender himself to the Court and declare he was ready for trial or he could deliver himself to the authorities clothed in sackcloth and agree to forfeit all his goods.  He was then allowed to ‘abjure the realm’, that is to say, to leave the country forever.

John remained in Ufford Church for ten days when the men of Ufford complained to the Coroner, Richard of Martlesham. The Coroner visited Ufford and required John to explain why he had sought sanctuary.  John confessed that he was there because of the felonies he had committed.  He was then required to surrender himself to the Coroner, which he did, and was taken to court. There he admitted his crimes.

There was no sentence of the court because John took the oath ‘to abjure the realm’.  In his oath John swore on the Bible to leave England and not to return without the permission of the King.  He was to go, in theory, carrying a cross, only along the King’s highway to a port that was specified (on this occasion Bawdsey) and not to leave that highway under pain of arrest or execution.  (The road from Woodbridge to Bawdsey (now the B1083) was in Medieval times known as the King’s Highway). John was given three days to get to Bawdsey and he was not allowed to stay in one place for more than one night. When he arrived at Bawdsey he had to seek passage on a boat as soon as possible to take him to a new life in Europe.  In theory, he was allowed to delay only one tide. If he could not comply with this he had to walk into the sea each day, up to his knees, as a token of his desire to leave unti¬  he found a passage. 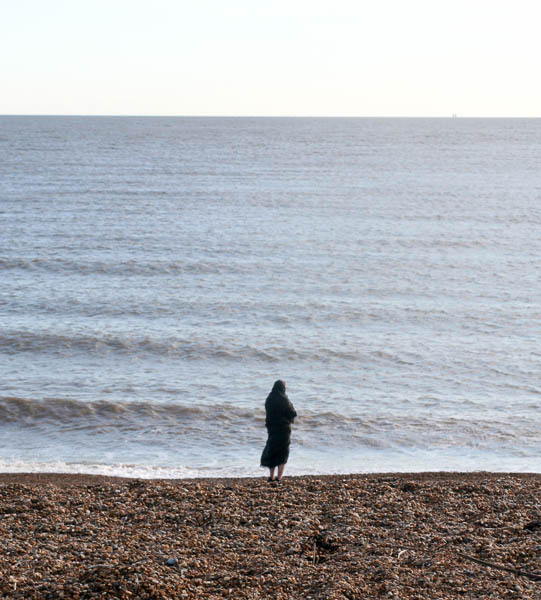 Waiting for a ship on Bawdsey Beach

The Coroner then held a further hearing before twelve jurors to enquire as to what goods and chattels and land John Somer held.  The jury decided that he owned no land but that he did have the stolen linen and woollen cloth which had been held in the custody of the Prior of Ely in his manor at Melton.

Was John successful in finding a ship?  We do not know but he may well have been. At this time there are no less than a dozen ships of Bawdsey mentioned in shipping records of the Crown and the order of the Court is another small reminder that Bawdsey in the port of Goseford was well known for its ships that were involved in international trade and the transportation of troops that fought in France in the Hundred Years War.

Acknowledgement.  I am grateful to Val Dudley for the transcription and translation of the two documents without which this article would not have been possible.

Peter Wain is a former Member of the Bar and a retired District Judge.  During his retirement he has been researching the lost Medieval port of Goseford.