So why are there are so many spills, why does it matter and what is being done to address the problem? This is a high profile issue with considerable political, media and public scrutiny. This article looks at some of the challenges.

The fundamental source of the problem is continued reliance on Victorian sewers, which combine sewage and rainwater. Sewer overflows into rivers are meant to act as the safety relief valves in the sewerage network, preventing sewage and rainwater from backing up pipes into homes and businesses.  This typically occurs when sewer pipes become blocked or after heavy rainfall – it is meant to be in exceptional conditions. The problem is that these overflows are happening more routinely and the network is finding it increasingly difficult to cope. The problem has been exacerbated by increasing pressures from housing development, the impact of more frequent heavy rainfall with climate change, and increasingly a mass of plastic and other non-biodegradable waste (creating ‘fatbergs’) clogging up the system.

So why does it matter?

After agricultural pollution, sewage and wastewater are the main cause of the nation’s failing water quality, with only 14% of rivers meeting the standard for good ecological quality and none meeting the required chemical standards.   The Rivers Trust published a report on the ‘State of our Rivers’ (Sept 2021) which analyses the impact sewage, climate change, pollution, and habitat loss on our rivers.

As well as the harm to wildlife, one of the increasing concerns that people talk about is the impact of overflows and agricultural pollution on public health due to the increase in wild swimming, canoeing, paddle boarding etc.  Rivers are not routinely tested for bacterial levels nor is real time information available when spills have happened, meaning that most swimmers and river users cannot make informed decisions about when it is safe to swim or use the river – the Rivers Trust and other organisations recommend that you don’t swim in any river after heavy rain especially downstream of an overflow as more sewage is likely to be washed into the river.  In comparison, sites designated as ‘bathing waters’ require regular testing during the bathing season and sharing of that data with the public.

To date, nearly all designated ‘bathing waters’ are at coastal locations – over the last 30 years, there has been significant improvement at those sites with 99% of the 600 locations meeting the required water quality standards in 2021.   So far, the only river to be designated as a ‘bathing water’ is the River Wharfe at Ilkley in 2020, following local campaigns although designation of part of the Thames in Oxford has recently been consulted on by Defra.  There are now calls from some to look at designating more stretches of river for bathing. This  would result in increased monitoring and published data and so allow people to make informed choices about the safety of the water, and also act as a driver for clean-up of the river.

So what is being done to address the problem?

The House of Commons Environmental Audit Committee published a report on Water Quality in January 2022 (Water quality in rivers – Environmental Audit Committee (parliament.uk)), which is critical of the state of English rivers, including the sewerage network and the number of overflows that regularly pollute. The report states that ‘there are no quick fixes to decades of under-investment in the sewerage network in England’.  It calls for much greater water company investment to upgrade the system, together with more robust regulatory action and higher penalties against offending companies so that the issue is on the agenda in water company board rooms. Steps are being taken – last year Southern Water was fined £90million for breaching its sewage discharge permits on a colossal scale dumping billions of litres of raw sewage into the sea over several years and Thames Water have also had fines in the £millions.  Significantly, the Environment Agency in November 2021 launched a major investigation into sewage treatment works to assess the extent of unpermitted discharges into rivers and have threatened to take enforcement action, including possible prosecutions, for breaches.

The challenge with investment is the impact on customer sewerage bills given the £billions required to address the problem. The Thames Tideway Tunnel project for example, which is a new super sewer designed to intercept the vast majority of sewage overflows in London by mid 2020s, has resulted in an extra £19/year on customers bills to meet the £4.9bn cost.

The EAC Report welcomes the new requirements in the Environment Act 2021 including the new duty on water companies to progressively reduce the adverse impacts of discharges from storm overflows and to produce management plans on how it will achieve this – the report sees this as a ‘positive first step towards clearing up the sewage discharges blighting rivers in England’. The Act also contains new monitoring obligations on water companies including a duty to monitor and publish near real time information of the start of an overflow, its location and when it ceases, which again is an important step towards giving the public up to date information.

As the Government has said, the amount of sewage discharged into our rivers is unacceptable and requires action.  Efforts are being made to address the problem, with the water companies and OFWAT coming under pressure in the recently published Strategic Policy Statement to reduce the frequency and volume of sewage discharges from storm overflows.  With so much public, media and government attention the problem is likely to remain high on the agenda until demonstrable progress is made. 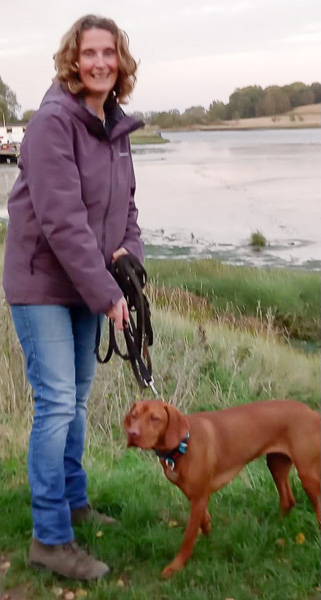 Liz Hattan is an environment lawyer, a RDA Committee Member and a member of the RDA Conservation Sub-Committee